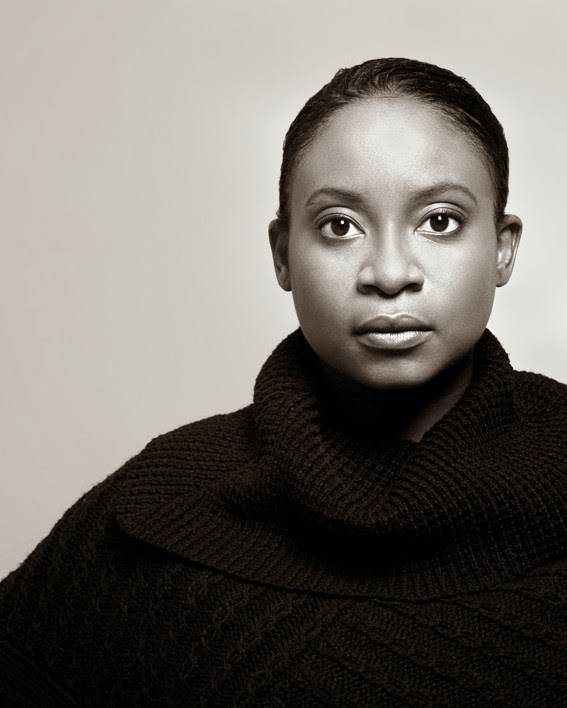 Janelle Headley
Creative Director / Founder / Trustee
Voice & Drama Tutor
Director/ Founder / Trustee, Voice & Acting Tutor
As a young girl, on the island of Barbados, Janelle Headley would take every opportunity to be involved in the arts, and would display her creativity in singing, dancing, acting, painting and drawing. For her this was  the best way she could express herself. At the age of 17, music became her main focus, so she attended The King’s University College, Edmonton Alberta, where she studied classical voice, involving herself as  a member of the College’s Chamber and Concert Choirs. After spending a crucial year consolidating her music skills, the young artist felt a burning desire to learn more about Jaz, so in the summer of 2001 she moved East and enrolled in York University’s (Toronto) Jazz Program. On her graduation from York University with a Bachelor of Fine Arts Specialised Honours Degree in Music, Janelle performed at numerous events including the Barbados Jazz Festival and the TD Toronto Jazz Festival. In addition to performing, Janelle has always been passionate about performing arts education. Her desire is for everyone to experience the joy of actively participating in the arts. In 2005 she founded Live the Music! Breathe the Music©, a company dedicated to offering exceptional training to aspiring vocalists and musicians by way of private lessons and workshops. Her expertise, particularly in vocal performance technique, is often called upon by artists to enhance their shows and studio recordings. Six years after launching Live-Breathe Music! Janelle incorporated dance and theatre through Operation Triple Threat: Sing. Dance. Act. Her goal is to use the performing arts to inspire, to question and to be a catalyst for change. She believes that the message is as critical as the medium, and hope that the opportunities she provides,  will help other artists to be the best they can be.

Deborah Pennyfeather
Curriculum Development / Trustee / Drama Tutor
Barbadian national Deborah Pennyfeather is a former student of St. Michael’s Girls in Barbados and a graduate (BEd, MEd) of the University of Alberta, Canada. Deborah currently teaches at Ottewell School in Edmonton, Alberta. Throughout her teaching career she has used drama as a part of her teaching tool kit and for the past six years has co-directed the drama productions at Ottewell. She has also been a member of the St. George of England Society’s theatre and choral groups since 2000 and has performed in their annual traditional pantomime since 2005. Deborah keeps her Caribbean roots alive in her commitment to the Trincan Steel Orchestra Music Society of which she is currently the president. Deborah is very excited to be giving back to the land of her birth by sharing her passion for musical theatre with the youth of OTT. 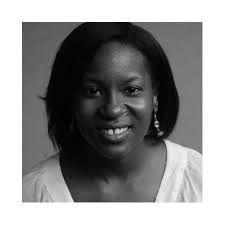 Jamila Headley
Trustee
Jamila Headley was recently appointed as the Managing Director of Health Global Access Project. Previously, she served as a Program Officer for the Accountability and Monitoring in Health Initiative and the Global Health Financing Initiative of the Public Health Program at Open Society Foundations (OSF). At OSF, she helped to lead the development of several new bodies of grant making focused on strengthening civil society engagement in the development, implementation, and monitoring of national and donor governments’ health budgets. Prior to this, Jamila completed a PhD at Oxford University, where she studied as a Rhodes Scholar. Jamila has written and conducted research on the development of national and regional responses to the HIV epidemic in Barbados and the Caribbean, the impact of trade agreements on health policy and access to medicines, and the role of North-South civil society partnerships in influencing the policies and priorities of large global health donors. She is a 2006 recipient of the Vermont State Madeline Kunin Public Service Award for her commitment to social justice.


Director of Social Support Services
Latonya Maughn is a research psychologist (child psychologist) and has worked as a consultant since 2013. She holds a Bachelor’s of Science (First Class Honours) degree in Psychology from the University of the West Indies and a Master of Science in Family and Child Psychology with Distinction from the University of Chester.
Latonya has worked with children from various social and cultural backgrounds and is passionate about child development and youth empowerment. Her areas of expertise include bullying and early childhood education and development.
While in the UK, she worked at Safe the Family, an organization which supports families who have lost their homes. In her role, she helped plan interventions and activities for the children and their families who lived in the facilities. She also volunteered with Passion for Learning, an organization offering interventions for primary school children who displayed problem behaviours and had poor classroom performance. Many of these children came from less than ideal home environments and the intervention offered a positive atmosphere for these children where they received the attention they often did not receive at home.Most recently she has assisted with the None in Three project which seeks to reduce domestic violence in the Caribbean. She has also designed and developed teaching manuals to be used by facilitators in the delivery of bullying and drug awareness modules of the Transition to Secondary School Programme which is delivered to all first formers across public secondary schools in Barbados.

Maachelle Farley
Voice Tutor
Her life is like a song, a melody that's sweet and free. From a young age Maachelle Farley loved music and singing.Known to laugh out loud literally, Maachelle still has a deep and pensive side seen when she pours herself into her writing, teaching and singing. She is a Music Graduate of Acadia University and is the founder of the piano school, "Piano is LIFE ". As a Piano Teacher by profession, She sees music education and exposure to the arts in general as very important ‎for overall development of the youth in society. This is her second year working alongside Operation Triple Threat.

Ballet & Musical Theatre Dance Tutor / Choreographer
At the young age of four years old, Teisha Smith-Guthrie began training in classical ballet and jazz at Louise Woodvine Dance Academy in Barbados. She participated in many charity shows, pantomime productions at St. Winifred’s School and various cultural arts festivals such as NIFCA. In 2001, Teisha started teaching ballet and jazz to young dancers for one year and was offered the opportunity to gain performing experience at The Plantation Garden Theatre. In 2002, Teisha was accepted to Ryerson University in Toronto, Canada where she trained four years in three main dance disciplines ballet, modern and jazz with focus in musical theatre and she received her Bachelor of Fine Arts Degree in Theatre Performance - Dance major. In her final years at university, she had performed professionally in Ryerson Dances 2004 and 2005 produced by Nadia Potts as well as showcased her own work in Choreographic Works 2004 and 2005 produced by Vicki St. Denys. Teisha also had the pleasure to meet and work with inspiring choreographers and guest teachers such as Vicki St. Denys, Kathleen Rea, Patricia Beatty, Marie José, Allen Kaeja, Kenny Pearl and Bakari E. Lindsay. Before graduating Ryerson University, Teisha always had a passion for the latin culture and was introduced to Latin Dance Theatre Company now known as AfroLatino Dance Company directed by Albena de Assis. Here she performed and trained in various latin styles including Cuban Cabaret, Cuban Salsa, Afro- Cuban and Brazilian Samba just to name a few. She performed at numerous prestigious events including Dance Ontario Weekend, Wedding S.O.S, a Slice Network TV series and Festival International de Danse Encore. Upon graduation in 2006, Teisha continued to work on projects with Kathleen Rea, the artistic director of REAson d’etre Productions as an apprentice in her work ‘VIVID’ in 2006, and then as a company dancer in Kathleen’s Dora Award Nominated work ‘Long Live’ in 2008 and ‘Unravelling’ in 2011. Teisha also landed a full time dance company job teaching and performing with Collective of Black Artists (COBA) founded by Bakari E. Lindsay and Charmaine Headley. In addition to her strong technical background she began training in African, Contemporary and Caribbean dance. Teisha was a principal dancer and toured Canada, Jamaica, Trinidad, Barbados and England artistic works by Jeanguy Saintus of Haiti, Vincent Mantose of South Africa, Sis Robin Hibbert of Buffalo, USA, Julia Morris of Jamaica and a collaborative piece with Barwen Tavaziva and Tavaziva Dance Company of England supported by Dance Immersion in Canada. Together with an extensive dance background, Teisha Smith-Guthrie offers an insight in commercial, film, television and print work for companies like Dove, Mazda, Canadian Tire, Campbell’s Soup, The Last Call, BravoFact TV, CP24 TV and Slice Network TV. Most recently, she was offered the opportunity to choreograph for a musical with Infinity Arts Productions ‘Mute The Musical’ produced by Alinka Angelova for the Toronto Fringe Festival (2014) and performed in an opera with Asah Productions ‘Obeah Opera’ produced by Nicole Brookes in Fall for Dance North (2018) and the upcoming Toronto’s International Arts Festival, Luminato (2019). Teisha is grateful to have had all these wonderful experiences in her career as she continues to grow artistically.

Olivia Hall
Dance Tutor / Choreographer
Olivia is the Managing and Artistic Director of the local dance school and performing company ‘Of Another Nature’. She holds an Associate Degree in Theatre Arts and Bachelor’s Degree in Fine Arts (Creative Arts) majoring in Dance and Theatre from the University of the West Indies. Olivia has performed in several productions such as the Amen Corner, When Hope Smiles, Memories of Forgotten Children, and ‘From Bussa to Barrow’ production, devised and directed by Sonia ‘Omisola’ Williams. She has graced the local stage with Zhone Productions, DL Smith Productions, and other dance companies, and has contributed to local performing bands and acts such as the One Love Show as dance coordinator and choreographer- 2015- 2017. On the international stage, she set voyage to festivals such as Decades of Dance held in Trinidad and Tobago, The Jamaican Dance Umbrella, the Shanghai Expo in China, ‘Barbados to Baragua’ in Cuba, and Carifesta XIII held in Barbados. Olivia has worked with many dance and drama groups within Barbados such as Dancin Africa, Mustardseed Productions Inc, Youth on Stage Productions, Operation Triple Threat Performing Arts Academy, the Ebcci Diaspora Festival and Dance Ensemble, and the Community Dance Festival. Her contribution also extends to tertiary institutions and the church community. Olivia has worked as a dance tutor within the Physical Education Associate Degree Programme at the Barbados Community College, dance coordinator for the Errol Barrow Centre Summer Arts Programme, choreographer and movement director for the 2015 Ursuline Convent School Pantomime- ‘Charlie and the Chocolate Factory’, and 2016 - 2017 Theatre Arts Portfolios, ‘Red Harvest’ and ‘De Tempest’. Olivia holds many prestigious awards to her name including the Creator’s Prize Award, the Prime Minister’s award of Excellence for Best Original Choreography, the Prime Minister’s Scholarship of 2010, the Madame Ifille Award, the Arden Clarke Trophy, the Unicef Award (Of Another Nature) of 2009 and the Award for Culture & Arts from the Christ Church South Constituency Council of 2013 for her dedication to youth work in the community. She continues her path focusing on Dance Anthropology, Physical Theatre, The Body in Performance, and The Aesthetics of Movement Directing. 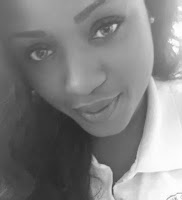 Shakera Williams
Stage Manager / Technical Theatre Tutor
After obtaining an Associate Degree in Theatre Arts at The Barbados Community College, Shakera, a young woman who is passionate about the Arts  and is desirous of succeeding, satisfactorily completed an internship at the Frank Collymore Hall. Subsequently, she has gained a wealth of knowledge and experience through her work  with various  production companies and organizations including Laff-It-Off Production Inc, Cross Caribbean Productions, Gale Theatre of London and Barbados, Light House Foundation, Field Tech Staging Solutions, and most recently  Operation Triple Threat.