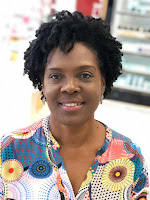 Margaret Austin
Administration Assistant
Give a man a fish, feed him for one day.  Teach a man to fish feed him for a lifetime. ~ Lao Tzu
Margaret serves as a member of the Administration Team.   She is best known for her love and helpfulness of children, and distinct desire to see them strive, especially in the areas of education and their overall mental and emotional health.  Her training in childhood education gives her scope in being able to provide useful support and guidance to young learners.  Additionally, she hails with experience in the area of Public Administration affording her significant knowledge in that regard and allowing her to make valuable contribution to the administrative team. Margaret loves working with people and has an amazing sense of humour. 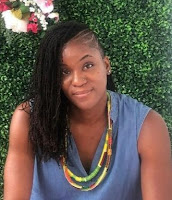 Make each day your masterpiece. ~ John Wooden
Maachelle Farley is a Creative and an Advocate for change. She believes in the creative potential of each student she interacts with and advocates for a more fair and equal society in her human rights work. She is the Director and Founder at Wellness Music Creative where she has taught piano and voice with a wellness approach for the past 10 years. She was born in Barbados and attended Acadia University in Canada where she achieved her Bachelor of Music in 2010. She started working with Operation Triple Threat in 2014 as a voice tutor and has musically directed productions such as The Wiz, Matilda and Once on this Island. Maachelle loves to learn new things, and enjoys swimming, reading and long walks with friends. 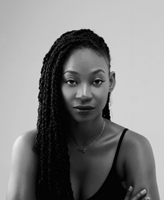 Olivia Hall has been shaping the lives of children and adults through movement and dance for the past 15 years. When it comes to teaching no one can deny that Olivia is a natural, and her work ethic, energy, focus, dedication, and passion is limitless.

Olivia has and continues to work within the dance and performing arts community, sharing her knowledge and experience to local institutions, and after- school program organizations.

Some of her works created for various junior/ children show productions include Operation Triple Threats’ musicals- 'True Colors', 'Fame Jr', 'The Little Mermaid', 'Honk Jr’, and ‘Matilda’. Youth on Stage Productions, the Ebcci Summer Arts Programme (heading the dance section for 5 years), the Oistins Fish Festival Gospel Evening, The St. Ursuline Convent School Pantomimes- ‘Charlie and the Chocolate Factory’ and ‘Enchanted Wood’. And to name a few, Mustardseed Productions'- 'Once upon a Mustardseed', 'Out of this world', 'Beautiful Creatures', 'Bridgetown Piper', and 'The Skin I'm In'.

Her dedication to youth extends to partnerships with other companies producing successful all-round summer camp programs; and her travels extend regionally and internationally to countries such as St. Kitts and Nevis, teaching workshop classes at the Children's Dance Theatre.

Olivia continues to cater to young dancers/ performers who want to further develop their experience, knowledge, dance and performance skills, by providing them with diverse platforms that they can model to reach their goals. 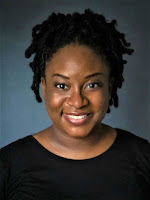 As a young girl, on the island of Barbados, Janelle Headley would take every opportunity to be involved in the arts, and would display her creativity in singing, dancing, acting, painting, and drawing. For her this was the best way she could express herself. At the age of 17, music became her main focus, so she attended The King’s University College, Edmonton Alberta, where she studied classical voice, involving herself as a member of the College’s Chamber and Concert Choirs. After spending a crucial year consolidating her music skills, the young artist felt a burning desire to learn more about Jaz, so in the summer of 2001 she moved East and enrolled in York University’s (Toronto) Jazz Program. On her graduation from York University with a Bachelor of Fine Arts Specialised Honours Degree in Music, Janelle performed at numerous events including the Barbados Jazz Festival and the TD Toronto Jazz Festival. In addition to performing, Janelle has always been passionate about performing arts education. Her desire is for everyone to experience the joy of actively participating in the arts. In 2005 she founded Live the Music! Breathe the Music©, a company dedicated to offering exceptional training to aspiring vocalists and musicians by way of private lessons and workshops. Her expertise, particularly in vocal performance technique, is often called upon by artists to enhance their shows and studio recordings. Six years after launching Live-Breathe Music! Janelle incorporated dance and theatre through Operation Triple Threat: Sing. Dance. Act. Her goal is to use the performing arts to inspire, to question and to be a catalyst for change. She believes that the message is as critical as the medium, and hope that the opportunities she provides, will help other artists to be the best they can be. 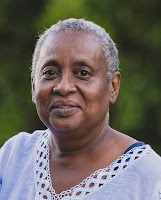 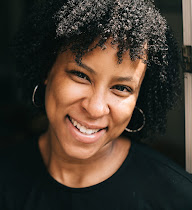 Julia Headley-Rohmann
Dance Tutor/Choreographer/Career Counselor
Find out who you are and do it on purpose. ~ Dolly Parton
JULIA HEADLEY-ROHMANN was born and raised on the island of Barbados, where she began her dance training at Louise Woodvine Dance Academy. Having graduated from the Juilliard School in 2013, Julia moved to Mannheim, Germany, where she has since been a solo dancer at the National Theater of Mannheim. Currently in her 9th season with the theater, she has had the opportunity to perfrom works by Marco Geocke, Kevin O’day, Yuki Mori, Dominique Dumais, Stephan Thoss and many others. 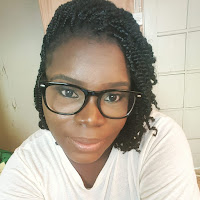 The same light you see in others is shining within you too. ~ Morgan Harper Nichols

Charlene discovered a love for the entertainment industry, since performing at the Operation Triple Threat Academy in 2012. On the beautiful island of Barbados, she has assisted in teaching at the Mustardseed Performing Arts School, the Ascending Stars, and at the Operation Triple Threat Academy. In 2013 and 2014, she attended the Broadway Student Summit and the Teachers Workshop in New York City, respectively. In addition, she attended the American Musical and Dramatic Academy to complete the conservatory program in the Integrated Program – Musical Theatre. Upon graduation, she has performed in Cabarets, Off-Broadway showcases, and Children’s Theatre in NYC - where she loved working with the FunikiJam's children's Off-Broadway theatre company! During the COVID 19 pandemic, she has not stopped putting her creativity to work - she has done online projects with Operation Triple Threat (Barbados), and Arts for Immigrants' Community (AFI, NYC). Such Video projects include the cover of 'Come Alive' from the musical 'The Greatest Showman', and two covers of 'Far From Home' from the musical 'Fiddler on the Roof' and the famous song, 'True Colors' by Cyndi Lauper. Bubbly, energetic, and creative Charlene is focused and determined to continue her journey as an actress/ singer on The West End, Broadway, Off-Broadway, Film, as a teacher/mentor, and has a keen interest in becoming a casting director. She believes that every artist should dare to let their light shine and most importantly dare to aspire! 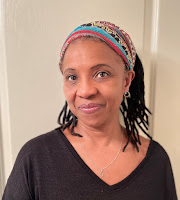 Alone we can do so little; together we can do so much. ~ Helen Keller
Deborah Headley-Pennyfeather is transitioning back to Barbados after having made Canada her home base for the past 40 years. She is an alumnus of St. Michael’s Girls School here in Barbados and studied internationally at Red Deer College, Grant MacEwan College and the University of Alberta in Canada. An expert in general and special education, she has worked with students from preschool to adult, whilst applying a learning through play philosophy. She spent her career teaching in Alberta, and retired in 2018. With a passion for the arts, Deborah herself is a performer, having played steel pan, performed English pantomime and sang in a choir. She believes in the education of the whole child and is therefore a strong supporter of wellness and life skills with a balance in both academics and the arts. In addition to being an acting coach, Deborah is a trustee of Operation Triple Threat and one of its academic tutors. She would like to thank the students, parents and Team OTT staff for continuing to make her transition as a returning national filled with daily excitement and fun!

Always do what makes you happy.  ~ Harold Austin Smith

Teisha Smith-Guthrie began her training in Classical Ballet and Jazz at Louise Woodvine Dance Academy in Barbados.  She participated in many charity shows, pantomime productions and various cultural arts festivals. In 2002, Teisha left Barbados to continue her training at Ryerson University in Toronto, Canada where she received her Bachelor of Fine Arts Degree in Theatre Performance.  There she had the pleasure of working with inspiring choreographers and guest teachers such as Vicki St. Denys, Kathleen Rea, Patricia Beatty, Marie José, Allen Kaeja, Kenny Pearl and Bakari E. Lindsay.

Teisha choreographed for Infinity Arts Productions ‘Mute The Musical’ written and produced by Alinka Angelova for the Toronto Fringe Festival (2014) and was dance captain for Asah Productions ‘Obeah Opera’ created and produced by Nicole Brookes in Fall for Dance North (2018) and then in Toronto’s International Arts Festival, Luminato (2019).  In 2021, Teisha attained her Masters in Creative Arts with specialization in Arts Education and Entrepreneurship from the University of the West Indies.

Teisha is grateful to have had all these wonderful experiences in her career as she continues to grow artistically. 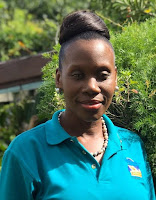 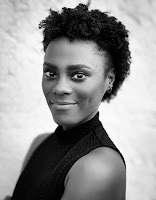 There are two ways of spreading light: to be the candle or the mirror that reflects it.  ~ Edith Wharton

Johari started dancing at age 5, training in ballet, modern and jazz. A former student of the Louise Woodvine Dance Academy and Operation Triple Threat, Johari made the bold decision to forego her upper six year, and at age 16 relocated to the United States to attend Interlochen Arts Academy as a dance major. She thereafter graduated magna cum laude from the University of Arizona with a BFA in Dance Performance. Throughout her student years, she was highly recognized both academically and as a dancer being inducted into the National Association of High School & College Scholars and receiving numerous dance awards. Johari dances professionally with Norwegian Creative Studios and teaches at various studios across the island. 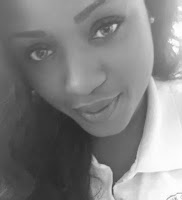 Shakera Williams
Stage Manager
After obtaining an Associate Degree in Theatre Arts at The Barbados Community College, Shakera, a young woman who is passionate about the Arts  and is desirous of succeeding, satisfactorily completed an internship at the Frank Collymore Hall. Subsequently, she has gained a wealth of knowledge and experience through her work  with various  production companies and organizations including Laff-It-Off Production Inc, Cross Caribbean Productions, Gale Theatre of London and Barbados, Light House Foundation, Field Tech Staging Solutions, and most recently  Operation Triple Threat.